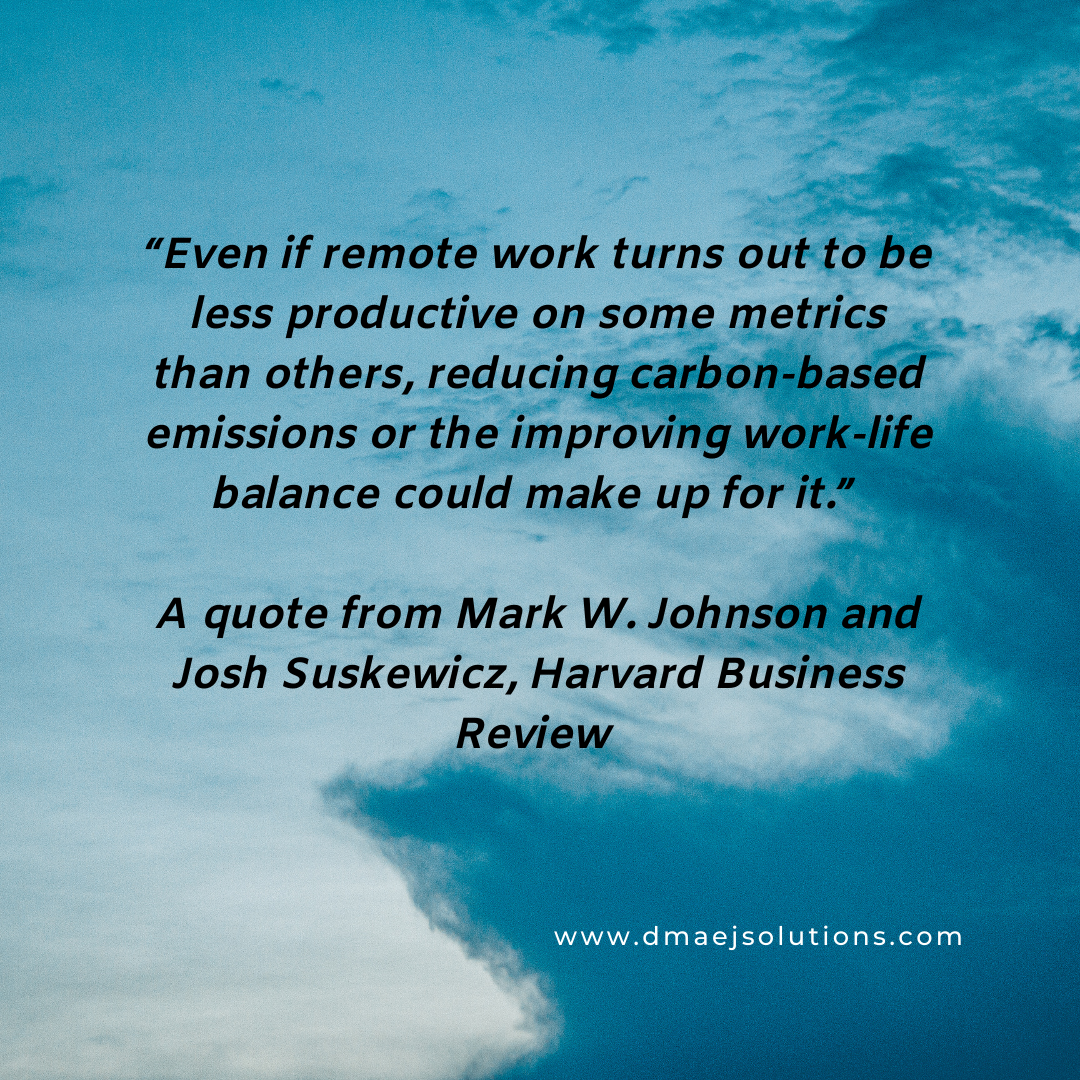 There are a lot of quotes from famous and powerful people about the impact on mandatory work-from-home over the last 2 plus years. I’ve been reflecting on my own experience as someone in the trenches, working from home, and this article describes some ways that it improved life for me and some ways that it made it worse. This is no reflection on my employer and is strictly my own opinion, from the perspective of a COBOL Programmer.

10 Ways Things Are not Better Working from Home:

As you can see, there are both pros and cons to remote work. Some of the pros may also be cons, depending on the situation of the worker. No scenario will be perfect in all cases. There will still be some bad and some good about working remotely, just as there was with working in the office.

If you’re currently working from home, what are some of the things you struggle with, and/or are thankful for, about your new arrangement? 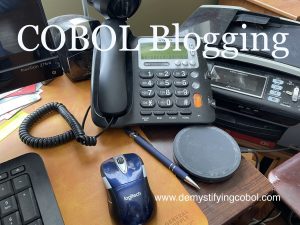 Several readers have sent me comments asking me how to blog. I’m sure there are as many ways to blog as there are bloggers, but I do have a specific method that I follow and wanted to share that here. It’s not really anything unexpected.

First of all, the host I chose for my demystifyingCOBOL domain is SiteGround, which provides WordPress as my site manager. I maintain my blog through the WordPress dashboard. It’s not free: I pay a yearly fee to keep and manage my domain. I wouldn’t say it’s cheap either, but it is secure, and the WordPress interface is very user friendly and efficient. It beats web page development from the early 1990’s, when you had to add all your HTML tags yourself, and it sometimes took an hour to load your changes back up to the server. You can really see the difference when you “lived the dream”. With WordPress, I just basically add my post content and hit “publish”.

I get my inspirations for each blog post from a variety of sources. Sometimes it’s something that I remember from my many years experience as a COBOL Programmer, or it might be something new to me that I came across in my related readings. For example, I enjoy reading about COBOL history, as well as modern innovations such as Digital Transformation. I’m also intrigued by women in technology and would love to write more in that area.

In terms of format, I try to keep the length to around 500 words. Also, as a rule, I include the following in each of my blogs:

The last sentence or two in a blog may be the most important, because it’s what the reader is left with and should be strong. It should call the reader to action, to somehow ask them to relate the blog content to their own experience.

The following are some examples of types of endings, specifically applicable to this COBOL blog, but they can be used in other contexts as well.

The most important thing about blogging is to pick a topic that you enjoy writing about. The rest should fall together naturally. 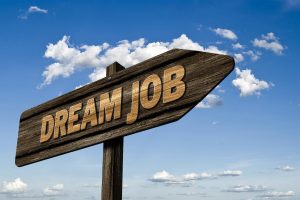 Fresh out of my Programmer Diploma course in early 1996 and feeling great, with 2 COBOL courses, a “C” programming course, and a small intro to Visual Basic under my belt, I was ready for my first IT job. I was, of course, unaware that the first version of Java would be released in January 1996 and what that would eventually mean to the future programming world. I had COBOL in my focus and wanted that to be my first IT job.

A job hunt in 1996 was very different than it is today. If you were looking for a professional job in a large company, which a lot of programming jobs were back then, the first thing you did was to buy a Saturday newspaper and review the “Careers” section. This section featured those companies that had the most money to take out large ads to attract the best candidates. You would also go, in person, to the employment centers to see what jobs they had posted on their boards. This was a good way to get a contact name, address, and phone number. Word of mouth or Networking was also a popular route to find a job. If you knew someone that could refer you, that was one of the best ways to get your foot in the door. Even if you didn’t know someone, you could always do a cold call and ask to speak to someone in Human Resources. An uninvited solicitation wasn’t considered the best approach, but it was something to try when all else failed. Similar to today, you could register with an Agency to help you find a job in your field. However, unlike today, the agencies didn’t seek you out through Social Media, you had to register with them and follow up by phone. If you were lucky enough to get a contact name and address through one of the above methods, you still had to prepare a mailing package, which included a custom covering letter and your resume. You could then follow up by phone in a couple of weeks to see if it had been received. By today’s standards, a very time-consuming and uncertain process.

I ended up sending out approximately 60 resumes and covering letters. Ironically, it was the first one that I sent out that gave me my first job offer. In school, I knew someone who had done their Coop work terms at Metlife. He suggested that I apply there and gave me a contact name and address. I ended up having an interview. I had my heart set on a programming job, but they were interested in my degree in business and offered me a “Business Consultant” job. I accepted immediately. The job was to act as a liaison between the business area and IT. Today, this would be a Business Analyst position. I was to query the data to find answers to business questions.  All in all, a very cool first IT job. 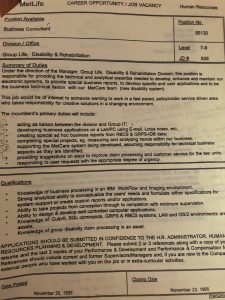 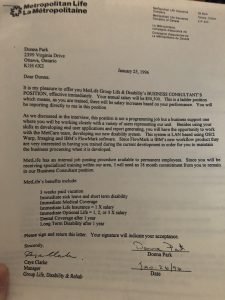 The offer and the job

After a year in the Business Consultant role, the company was looking for programmers. Someone in the area suggested me, and I transferred into a job as a Programmer. That was where my COBOL career officially started, but over the years I’ve often used the skills that I acquired in that first job in writing and interpreting SQL. It was fortunate for me that I was able to switch when I did since Metlife was bought out by another company a year later. A lot of people were laid off, but the programmers were kept on for data conversion to make sure that the data was compatible with the format of the new company. At the time, I was just happy to finally be a programmer.

Do you recall your first IT job? Was it a positive or negative experience?