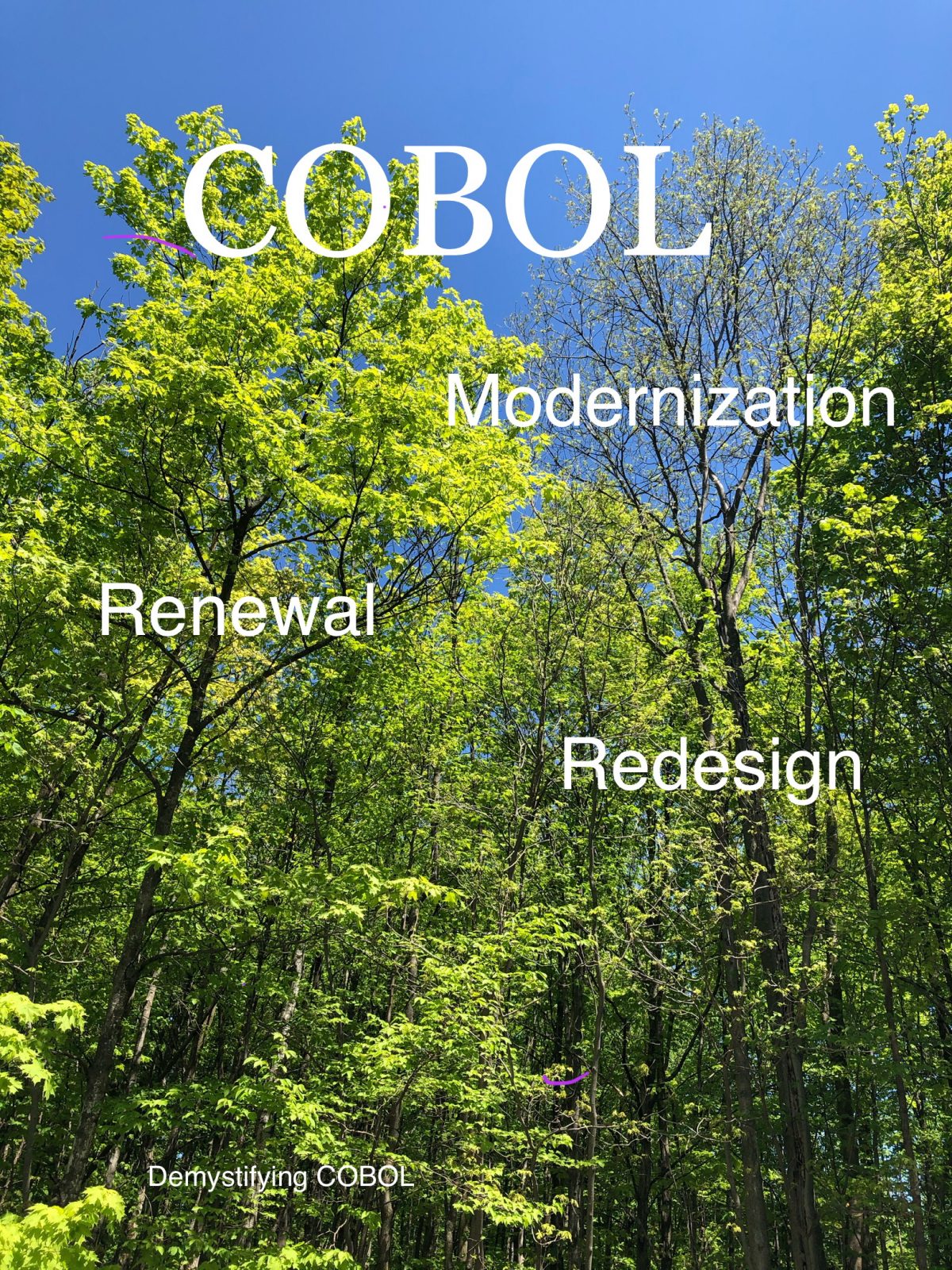 Given an outdated COBOL legacy system that is possibly 30 or 40 years old, there are multiple ways to do a rewrite that will breathe some new life into it.

First, you could do a COBOL modernization. Modernizing an application involves rewriting an existing COBOL application in a newer language, such as Java. It means interpreting the existing logic and converting it into the new language without reusing any of the existing COBOL code. The existing data storage may be reused in this method if you can connect to it through the new technology. For example, a Java to DB2 database implementation, replacing a COBOL to DB2 database implementation.

Another overhaul method is a redesign, which would entail rebuilding the current COBOL-coded logic into a newer design. This would, in effect, mean replacing the inevitable mishmash of spaghetti code that accumulates after 30 or 40 years of continuous coding changes. For example, the logic could be redesigned into a three-tiered model that separates out the presentation, business, and data layers. This type of modularization makes the code more efficient and easier to debug.

A third example of a revision is a renewal. This type of rewrite requires an analysis of the existing COBOL code, looking for possible improvements, and focusing efforts on those areas. Other items in the code that are functional are basically left ‘as is’ in this method. For example, this could mean pulling repetitive logic out of the existing system code and replacing it with a Business Rules lookup procedure. This would make the logic more efficient and easier to maintain.

As a COBOL coder for the last 25 years, these are the main types of rewrites that I have been part of or have seen. I am sure this is not an exhaustive list and there are probably as many permutations and combinations of possible restorative methods as there are system designers.

What are some of the COBOL Legacy overhauls you have seen? Why were they initiated? Did they go to completion? Were they successful?